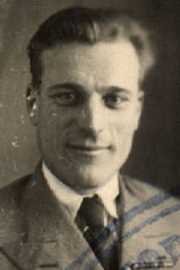 For single-handedly killing 10 Germans and holding the bridgehead on the western bank of the Oder River.

Vasichkov was recommended for the title ‘Hero of the Soviet Union’

Made of solid silver and enamels. Measures 50.31 mm in width and weighs 24.1 gram. The serial number and the mint mark Monetni Dvor are located on its reverse. The minimum known serial number to date for this variation is 2142 and the maximum is 12247. This makes this order the new lowest know serial number!

This original order of Suvorov is in nice condition with medium wear on its higher laying parts. The enamels however are flawless and most details are still visible. There have been no repairs and the screwpost has been shortened a few millimeters for more comfortable wear.

A unique piece with very interesting research for real combat actions. Rare as such!

Short Brief, concrete description of his feat of arms or achievements:

On the night of 27 to 28 January, the enemy launched a heavy counterattack, but Vasichkov and his troops fearlessly and steadfastly held their line. Fighting off the counterattack, Vasichkov himself killed more than 10 Hitlerites with his submachine gun and grenades. Wearing out the enemy, Vasichkov roused his men to attack and threw back the enemy. On the approaches to the town the dead bodies of 120 enemy soldiers and officers remained behind. By holding the bridgehead on the western bank of the Oder River, comrade Vasichkov enabled the division’s main force to cross the Oder.

He deserves to be granted the title of ‘Hero of the Soviet Union’.”

Below you can find the full translation of the research:

More info on Vasichkov can be found here